It is of great importance to have a prefect filter in a loudspeaker. There are many possible combinations for the filter design. This filter has 66,000 million combination possibilities. Together with the measuring equipment MLSSA from DRA and a lot of listening, the finest filter is designed.

Is there a correct amplifier power for a loudspeaker?

This is essentially dependent on the cone surface of the bass loudspeakers and the output impendence of the cone. A certain power is required for a certain ‘air flow’. This is roughly 60 watts for a 13cm cone, 80 watts for a 17cm cone and 150 watts for 25cm. With two cones instead of one twice as large. A bass reflex system is able to take more stress than a closed system because the output impendence in the usable audio area is smaller. It is advisable, although not necessary, to use an amplifier which has more or less the equivalent power. If the power is too much for the loud speaker then the loud speaker may indeed sometimes receive too much. However, this does not happen quickly, because the power peak that a loud speaker can handle is mostly higher than the continuous power and music consists of a signal with many peaks rather than a continuous, stable signal. The danger is greater when using a light amp. The output can be pushed too far whereby it no longer makes a nice sinus signal; instead it makes a distorted signal with for example one part direct current. This can not be clearly heard but can damage the bass loudspeakers of a loud speaker. In practice, it is a rare occurrence for a loudspeaker to fail. They can tolerate quite a lot of abuse. However, if someone tries hard enough a loudspeaker could possibly fail. The same goes for amplifiers. An amplifier which is much too light can have difficulty coping with a heavier loudspeaker, but only if the music is turned up too loud. In general, the speaker wattage is rarely about ‘one watt’ and the loudspeakers and the amplifier are safe.

Do loudspeakers wear out?

Loudspeakers rarely wear out. Unfortunately for our manufacturers the largest ‘wear and tear’ factor is the speakers in loudspeakers which have a surrounding foam edge. Due to sunlight, they age, go powdery and porous and after some ten years this whole edge falls apart. Sometimes they can be replaced. However, the flexibility is rarely as it was originally. This results in the loudspeaker making a different sound. Very occasionally the Ferro fluid ages or is burnt. This is used for cooling but can harden if it becomes too hot. It will then become stiff (thixotropic) resulting in the high tones being inadequate. 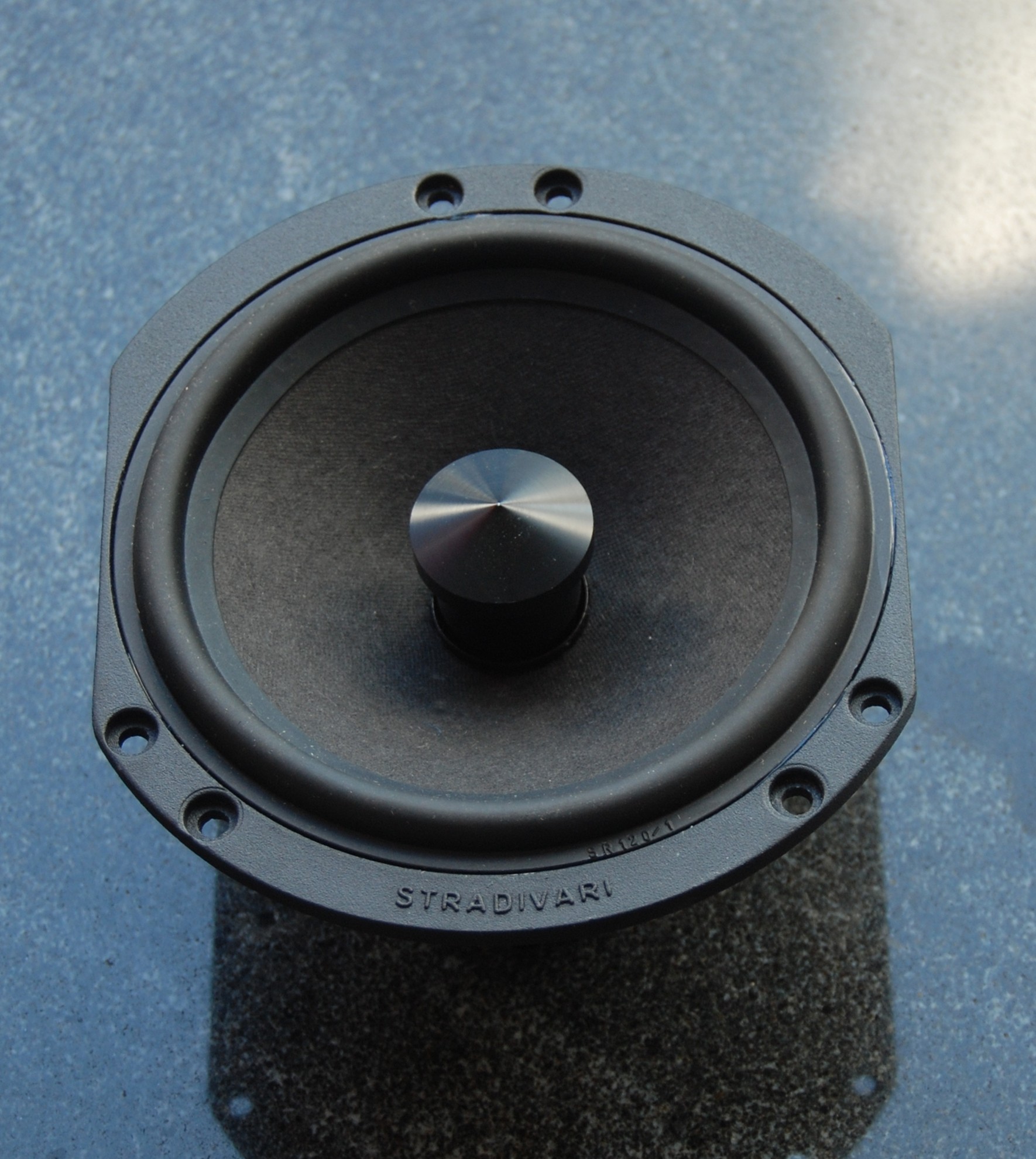 The loudspeaker-unit development is a continuous proces. More recently there are better drivers on the market with a finer sound, more detailed and natural sounding. They have larger dynamic reserves with a more precise and controlled bass tone. This is also dependant on the fine-tuning in the loudspeaker, the suppleness, stiffness and mounting alongside the linearity of the magnetic field. Long stroke loudspeakers, a greater freedom of movement, controlled damping, compressive freedom and stiffness of the cone in the loudspeaker.

Why is the RMS power of a bass reflex system greater than that of a closed loudspeaker system?

Nearly all modern amplifiers can easily play on loudspeakers with a low impendence. A very large proportion of all loudspeakers will be around 4 ohms. Also amplifiers which are set to 8 ohms give a large proportion of their power to a 4 ohm loudspeaker, otherwise it would be low ohm systems connected together (parallel) on the same amplifier e.g. 2 sets of 4 ohms. By setting these parallel, the impendence is halved (that is the resistance that the amp sees), making it 2 ohms. This can cause problems for a few amplifiers. Some are not designed for that. Consequently, the power which these amplifiers can deliver with this low impendence is much lower. Playing softly does not present any problems, however if is played loudly it can become distorted and may even fail. Most amplifiers do not have a problem with somewhat lower loudspeaker impendence as long as they are not played too loud.

These tend to have less power output and therefore, can not be played as loud. If they are good, they sound as though they are much ‘larger’ and more powerful. Due to the smaller power output, it is advisable to combine these with loudspeakers which do not have low transmission sensitivity. Anything from 90dB is fine. These can often be adjusted to the impendence of the loudspeakers.

What is the Q factor of a loudspeaker?

How does a filter work in loudspeakers?

The filter ensures that the loudspeakers produce the correct tones, so the low tones go to the bass and the high tones go to the tweeter. Coils have a higher resistance, which increases with the frequency; this can be shown as follows: The signals run through the long, wound wire along each other. As long as the signal goes slowly up one side, there will be no signal resistance from the wires on the same coil, going in the same direction. However, if the signal direction changes frequently, the resistance which exerts the current in the wire, on the coil will increase. Thus, it would be more problematic for higher tones to pass through. The lower tones will run through the coil very easily. This is ideal for a bass speaker, as only the lower tones are received. The capacitor does just the opposite. This can let a certain amount of energy through by each direction change. So if the direction changes frequently (with high tones), many signals can pass through. The direction does not change as frequently with low tones, thus little energy passes through. Ideal for a tweeter which can not give low tones and might even fail if these low tones were passed through.

Butterworth, Chebyscheff, Bessel, which filter is the best for a speaker?

With respect to building loudspeakers, earlier developers took little into account. Our filters are custom made. The filtering which is best for a loudspeaker is dependant on the practice of the loudspeakers used and the combination of the other loudspeakers in a system. Not only must the loudspeakers have a balanced sound level frequency, they must also send the musical signal in the same phase, at the same time. This means custom work and a standard filter can not be used.

How do the acoustics of the listening area affect the sound of the loudspeakers?

The sound that comes out of the loudspeakers is affected by the listening area. Tones are muffled but which tones and to what extent. Others are strengthened. A small room strengthens the bass a lot less. The sofa usually absorbs the most energy. Thereafter the carpet, if present. A bare room often gives relatively less absorption in the mid/high. Soft (e.g. wooden) walls allow the bass through and ensure that relatively less bass is present in the sound.

Loudspeaker building, how is it done?

Although it seems easy, this is far from true. Building loudspeakers is a complex matter. There are many music types, recording techniques, various listening rooms, constellations, cone materials, stiffness, damping, mass, resonance frequency, absorption of the suspension, height of the chassis relative to the floor, the shape of the speaker cabinet content, the positioning of the speaker relative to the cabinet content, the damping, how many, which type, which place and the filter. More facets than the largest diamond and in our opinion. And just as interesting. It has taken many years to gain an insight into how sound actually works. Experience and knowledge on many complex things allow us to make it look simple and to be able to know what each affect has. Do we have secrets? Maybe we have a few hidden in our experience.